The use and development of non-woven car cover

Author: admin / 2022-10-08
With the improvement of living standards, a large number of cars have flooded into the families of ordinary people, and there are more and more car owners. Since cars are still a luxury for the people, the car owners take special care of their own cars. Especially the appearance of the car, in order to protect the car from the wind and rain, the sun and the rain, when the car owner parks the car, they usually put the car in an indoor garage, or a place that can keep out the wind and rain, but this is not only Few people have such conditions.
As a result, people came up with a way to put clothes on the car and cover the car with cloth or film, which developed the product of car cover. Most of the early car covers were made of tarpaulin or raincoat cloth. After the emergence of non-woven fabrics, because non-woven fabrics have various characteristics, such as high quality, good hand feel, can be combined with other materials, easy to process, environmental protection, and the price is very cheap, so soon The cover has become the protagonist of the car cover market. As early as 2000, China was basically blank in the production of non-woven car covers. After 2000, some non-woven products factories began to set foot in this product. Foshan Nanhai Wendefu Nonwoven Co., Ltd. The first non-woven factory in China to produce non-woven car covers, from one cabinet per month at that time to 20 cabinets per month now, Wendefu has experienced and compiled the development history of non-woven car covers in China. The cloth car cover has changed from a single variety at that time to a multi-variety, from a single function to a multi-function, Wendefu continuously strives to research and develop to meet the needs of the market and customers. At present, Wendefu Nonwovens Co., Ltd. is still a national The leading enterprises of spinning car covers, their non-woven products have extended to all walks of life. 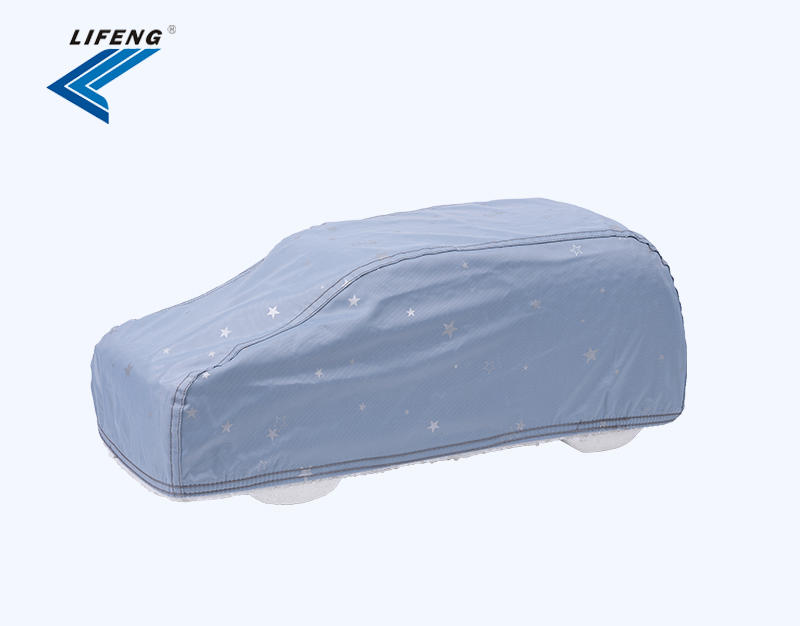 The non-woven car cover can be made of only a layer of general non-woven fabric, which is generally gray. With the characteristics of anti-aging, it can basically be dust-proof, anti-fouling, water-proof and weather-proof. And some high-end ones will be covered with ordinary PE film or EVA film. Such non-woven car covers have stronger waterproof and oil-proof properties, but because they are ordinary PE films, the air in the cover cannot flow, so when the temperature is high, the cover will not be able to flow. The internal temperature can reach more than 50 degrees Celsius, which is not good for the paint on the surface of the car and the interior of the car, and the high temperature will accelerate the aging of the interior of the car.
Therefore, the waterproof and breathable car cover appeared. The composite material of anti-aging non-woven fabric and PE breathable film has excellent waterproof and breathable performance. At the same time, it has the tough tearing performance of non-woven fabric, which is an excellent match. This material is also widely used in protective clothing in the medical industry. After wearing this kind of protective clothing, people are comfortable and airy (of course, this is relative), and can block various pollution. In the same way, after the car uses this composite non-woven car cover, it is not only waterproof, oil-proof, dust-proof, but also breathable and heat-dissipating, preventing freezing in winter and sun protection in summer. In addition, many car manufacturers now use car covers in the production process of cars, which is different from the dust-proof car covers. The front windshield and the rear mirror are equipped with transparent films, and the car can wear this "clothing" to drive. , the internal transfer of tong automobiles plays a very good protective role. With the development of science and technology, non-woven car covers are becoming more and more humanized, and people have more and more requirements for them. This is the production enterprise of non-woven car covers, such as Wendefu Nonwoven Co., Ltd. One new subject after another.